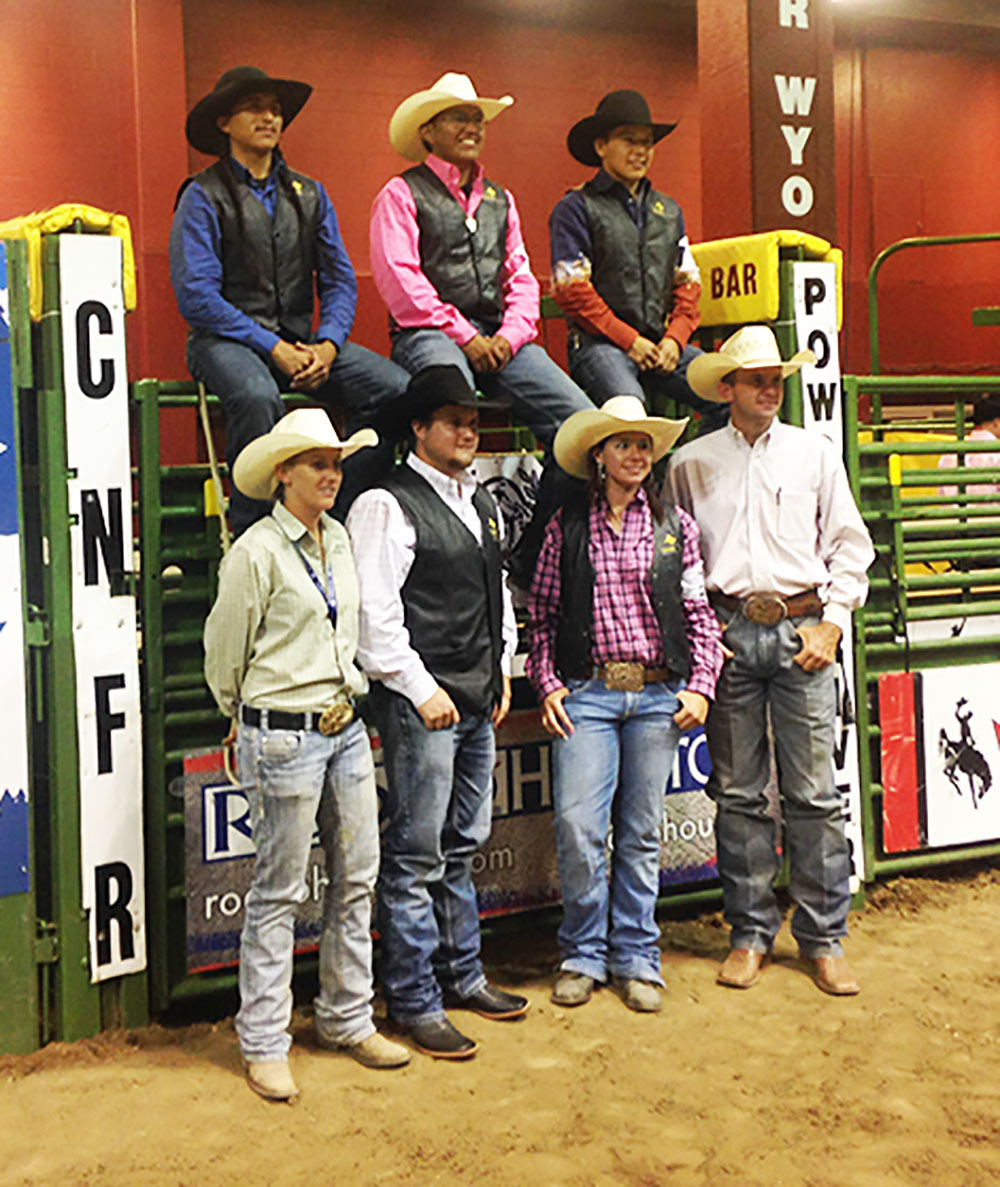 Sophomore Betty Pack of Aztec, NM competed at her third college finals rodeo. In breakaway roping, she had a time of 2.4 seconds on her first calf, which placed her sixth in the first go-round. Pack had an unfortunate incident in the second go-round. The barrier rope caught her foot and jerked her back on her saddle, causing her to miss her second calf. This immediately took her out of contention for a national title. On her third calf, Pack had a run of 2.3 seconds and was in fourth place in the third go-round.

“We had some really encouraging performances this year. Probably the most heart-breaking one for me was Betty Pack. Any time on that second calf would have brought her back to the short round,” said Tim Abbott, Intercollegiate Rodeo Coach at Mesalands Community College. “We are very proud of her resiliency and her mental toughness during the rodeo. She wasn’t nervous or intimidated. She did her job, just like she was supposed to.”

Freshman Chace Valdez of Estancia, NM competed in tie-down roping at the 2015 CNFR. Valdez placed on his first calf with a time of 11 seconds flat in the first go-round. He missed his second calf and received a no score in the second go-round. This took him out of contention for the national title. Coach Abbott said to come from the high school ranks to the college ranks is a pretty big step. He said he was impressed that Valdez competed at his first college finals and placed. Valdez will be competing on the Mesalands Rodeo Team next year and expects to return to the CNFR.

In bull riding, sophomore Adriano Long of Dilkon, AZ rode five bulls instead of three at the college finals, due to a couple of re-ride options. Long did not have a qualified ride and only 12 bull riders actually did during the rodeo. Coach Abbott said he was really happy that Long came back to Mesalands last year and accomplished his goal of qualifying for the CNFR. Coach Abbott went on to say the college finals did not go the way Long expected, but to get to ride on that grand stage, is something he will always remember.

CNFR competitors sophomore Jacob Rounds of Broadalbin, NY (steer wrestling) and freshman Chance Hunter from Chinle, AZ (team roping) both qualified for their first CNFR. They gained the experience of competing at the largest college rodeo of the year, and will be competing on the Mesalands Rodeo Team next year and hope to improve their performance.

“We have a long-standing tradition at Mesalands to have CNFR qualifiers each year,” Coach Abbott said. “We will continue to expect that, but it doesn’t lessen the accomplishments of our CNFR competitors.”

Also during the 2015 CNFR, Mesalands Community College hosted a President’s Luncheon for the student athletes and their families in Casper. Families from Arizona, New Mexico, and New York were represented at the luncheon. Dr. Thomas W. Newsom, President of Mesalands, celebrated the student’s accomplishments by presenting each student with a plaque.

“On behalf of Mesalands Community College, I first want to recognize the parents of our student athletes, for your continued support. We would not have made it to this point, without your help,” Dr. Newsom said. “To our college

national finals qualifiers, we are very proud of your dedication to both your academics and athletics this season. Qualifying to compete at this national rodeo, is an accomplishment in itself and you and your families should feel honored.” 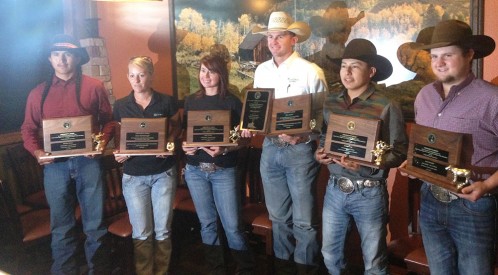