The phrase “It takes a village” rang true for the Hispanic Heritage Club ‘Amistad’ (friendship) at Mesalands Community College. Last week. eight club members and a sponsor traveled to Albuquerque, NM to visit the Spanish Village at the New Mexico State Fair. This trip was the result of the club’s fundraising efforts, the Tucumcari community, and local businesses coming together to make this cultural experience a reality for these students.

Earlier this month, Amistad had a car wash to raise money for their trip to Albuquerque. All eight members participated in the fundraiser and they raised over $200, with the supplies donated from local businesses. Marcos Martinez, the President of the Hispanic Heritage Club, took the leadership role and contacted the businesses.

“The community helped us out a lot and we really appreciated their support. I was really surprised about the number of local businesses that helped us with the car wash,” Martinez said.

Martinez said he was really looking forward to visiting the Spanish Village and learning more about the Hispanic Heritage. He says he had never done this in the past and was excited about the opportunity. 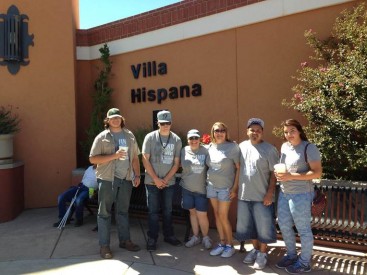 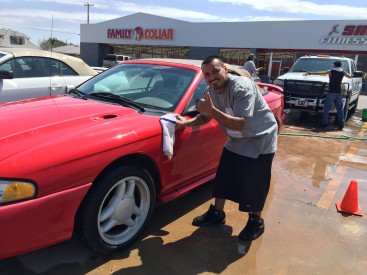 Marcos Martinez, President of the Hispanic Heritage Club ‘Amistad’ at Mesalands Community College, washing cars and having fun at their recent car wash, which raised over $200.