The Mesalands Community College Rodeo Team recently competed in their final rodeo of the season at New Mexico State University (NMSU) in Las Cruces, NM. The Men’s Team brought home the tie down roping championship title and qualified two student athletes for the 2016 College National Finals Rodeo (CNFR). The Men’s Team ended the rodeo in fourth place with 262 points and the Women’s Team came in fifth place with 76 points.

Chace Valdez of Estancia, NM claimed the tie down roping championship title at the NMSU Rodeo with a time of 30.2. Valdez won the first two go-rounds and the average. He was also fourth in the Men’s All-Around.

“Chace had an incredible year last year. What was really exciting was the fact that Chace had his best five runs all season long, at the last two rodeos,” said Tim Abbott, Intercollegiate Rodeo Coach at Mesalands. “Chace roped better than anyone else at the rodeo, hands down. It was a really good way for him to end the year.”

Fellow teammate Justin Stegall from Morristown, AZ had two solid runs at the rodeo in tie down roping. He won fifth place in the average.

Team ropers Tyler Stegall of Morristown, AZ (header) and Chance Hunter of Chinle, AZ (heeler) qualified for the short round.

“It’s pretty encouraging that our student athletes have been working really hard and everything came together at the end of the year,” Coach Abbott said. “We are also excited to have about 75 to 80 percent of our team returning next year. This is already a good start to next season.” 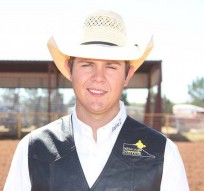 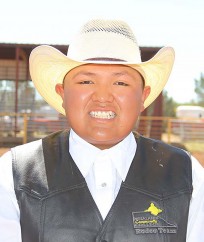