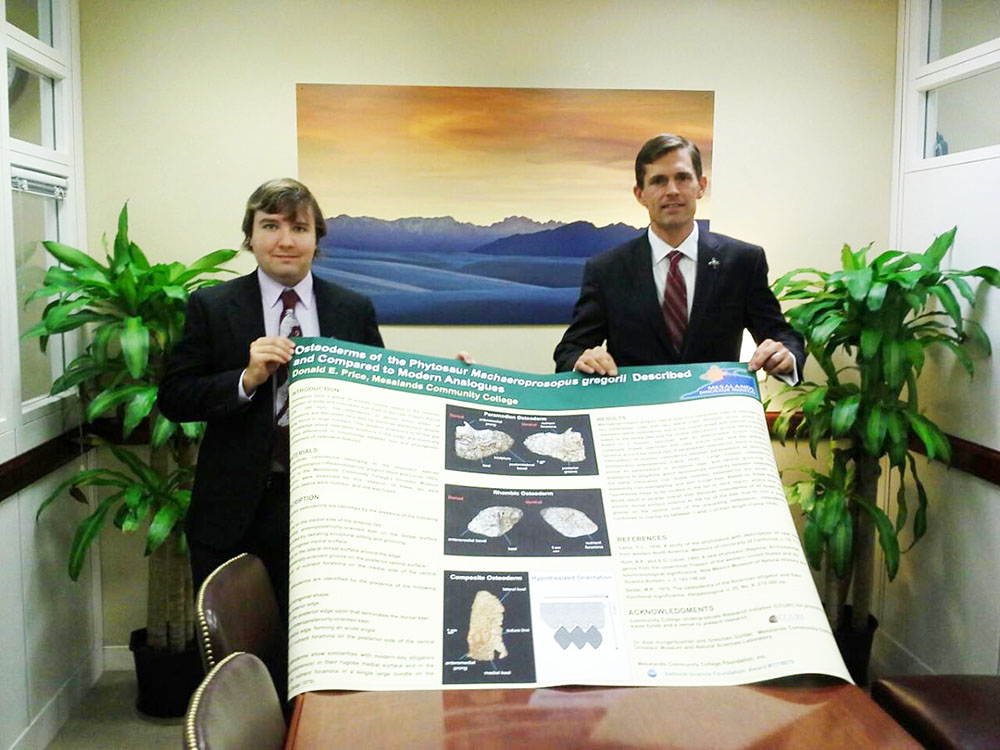 Mesalands Community College is pleased to announce that Donald Price, an intern and former graduate of Mesalands, recently presented his undergraduate research regarding fossils collected in Quay County, NM, at the Community College Undergraduate Research Initiative (CCURI) National Poster Session at the Hart Senate Building in Washington, D.C. Only 43 students across the country were invited to present research at this event and Price was the only student selected from the State of New Mexico.

Price graduated from Mesalands in 2010 with an Associate of Arts Degree in Natural Sciences with a Paleontology Option. He recently completed a 6-month internship at the Mesalands Community College’s Dinosaur Museum and Natural Sciences Laboratory. Price is now pursuing a bachelor’s degree in geology from the University of Colorado-Boulder.

“I am grateful to the many people who have guided and supported my interests. I am also thankful to have a chance to lay the foundations of what may become my first publication,” Price said. “I may not know what my future holds, but I can safely say that what I learned at the Mesalands Dinosaur Museum and Natural Sciences Laboratory, has laid the ground work for my future success.”

At the CCURI National Poster Session, Price presented his research on Osteoderms of Machaeroprosopus gregorii Described and Compared to Modern Analogues.  Osteoderms are the armor plates of phytosaurs. Phytosaurs were animals closely related to the common ancestor of birds and visually resembled the modern crocodile. Phytosaurs lived in the Late Triassic Period, approximately 206 million years ago. Many of the specimens Price used in his research were collected in Quay County by students participating in the paleontology field research classes. 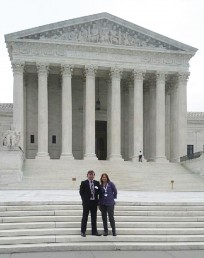 Gretchen Gurtler, Director of the Mesalands Dinosaur Museum and Natural Sciences Laboratory, attended the CCURI National Poster Session with Price. She said she was very grateful that U.S. Senator Martin Heinrich of New Mexico met with Price in Washington, D.C. She said very few students were given this opportunity.

“To me it was real honor when U.S. Senator Martin Heinrich walked in and said ‘tell me about your Osteoderms.’  That meant that he had read the abstract and was familiar with Donald’s research project. For the College and for the country as a whole, we are very grateful that the Senate supports undergraduate research and Senator Heinrich has consistently voted in favor of funding research on the collegiate level,” Gurtler said. “When we were in the Hart Building, Donald suddenly realized that he’s not just a student representing Mesalands Community College. He is actually representing undergraduate researchers throughout the country and is an advocate for undergraduate research.”