The Mesalands Community College Rodeo Team had two rodeo competitions at Central Arizona College in Florence, AZ last weekend. Both the Men’s and Women’s Teams brought home individual championship titles. After last weekend, the Men’s Team is in a solid third place position in the Grand Canyon regional standings. They are vying for that second place to qualify their entire Men’s Team for the College National Finals Rodeo (CNFR). The Women’s Team is currently fourth in the region. 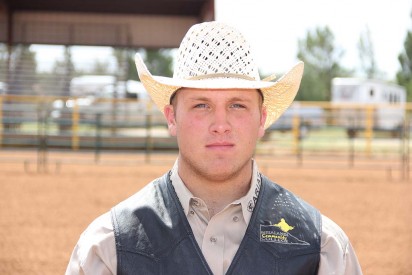 “We won the tie down roping on Saturday and had a lot of our student athletes perform well individually. The rough stock events were kind of hard on us last weekend. It was a hit or miss situation for us. No bull riders even had a qualified ride all weekend,” said Tim Abbott, Interim Intercollegiate Rodeo Coach at Mesalands Community College. “The bad part about that is we didn’t gain any additional points in the rough stock events last weekend, but the good thing is we didn’t lose our place in any of the regional standings.”

During the first rodeo on Saturday, March 14, freshman Chace Valdez of Estancia, NM, brought home the championship title in tie down roping with a time of 10.6 seconds. Valdez currently has a strong lead in the regional standings with 650 points.

In team roping, freshman Kyle Jurney (header) of Eunice, NM and freshman Chance Stucker (heeler) were second with a time of 8.2 seconds, their best run all season. Jurney is currently ninth in the region and Stucker is fifth. Team ropers freshman Chance Hunter (header) and freshman Sam Tyler (heeler) both from Chinle, AZ, finished eighth last weekend. Hunter and Tyler are both sitting fourth in the region. 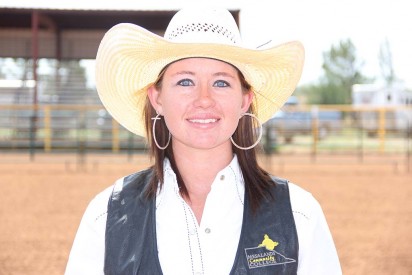 Sophomore Betty Pack of Aztec, NM represented the Women’s Team in the breakaway roping event and took fifth place with a final time of 2.9 seconds.

“Betty Jo Pack made the biggest move of the weekend. She was a two flat on her run on Sunday and that was the fastest run of the year in our region. She had a fantastic run and she couldn’t have done a better job,” Coach Abbott said. “She’s going to make a big jump in the regional standings towards her third CNFR qualification.”

Sophomore Jacob Rounds of Brooklyn, NY was third in steer wrestling and is currently third in the region.

Sophomore Adriano Long of Dilkon, AZ is second in the region in bull riding and freshman Kasy Baker of Cottonwood, CA is third.

“For the entire weekend, we were solid both days, but we didn’t come near to maximizing our potential,” Abbott said. “What we need to be able to do next weekend in Tucson is to make sure our student athletes in our timed events and rough stock events, have good performances during the same rodeo. That’s when our Team becomes extremely difficult to beat.”

The Mesalands Rodeo Team will be competing at the University of Arizona in Tucson, AZ on March 21, 2015.