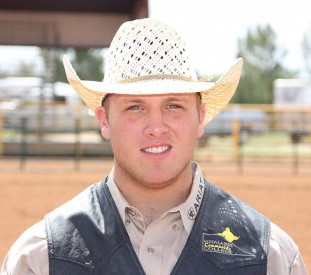 “At the beginning of each college rodeo season, every team wants to win the region. That’s our goal for both our Women’s and Men’s Teams,” said Timothy Abbott, Mesalands Intercollegiate Rodeo Coach. “I’m very excited about our performance at Tsaile. We had a really good rodeo! With that being said, we didn’t get anywhere near maximizing our potential.”

In other timed events, sophomore Arianna Assini from Oracle, AZ, also had a strong performance in Tsaile. She led the first round of the goat tying event with a time of 6.7 seconds. Assini had a little trouble in the short round, but finished second in the average, winning the reserve championship title.

Mesalands team roper Chance Hunter (heeler) from Chinle, AZ, competed with Cheyenne Sherwood (header) from Central Arizona College, and took second in the first round and fifth in the average.

Last but not least, is sophomore Wade Cane a transfer student from Ellensburg, WA. Cane competes in both timed and rough stock events. He actually competes in four events: saddle bronc riding, steer wrestling, tie-down roping, and team roping. In the saddle bronc riding event last weekend, Cane had a little trouble on his first horse. As a result, he didn’t have a qualified ride in the first round. He then came back and took second in the short round and third in the average. 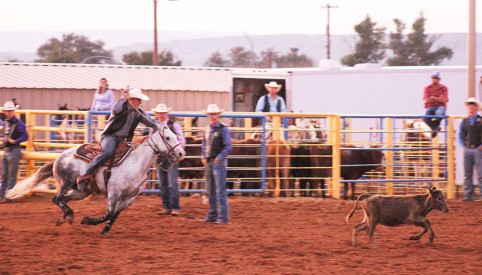