Mesalands Community College recently celebrated “Student Safety Week” to encourage students to make positive choices during Spring Break. An entire week of activities were scheduled for this special event. The Safety Week Kick-off included “No Drinking and Driving” certificates and pledge forms for students to complete, demonstrating their vow to have a safe Spring Break. Students and staff were also encouraged to vote for their favorite cowboy or cowgirl in the Penny Wars fundraiser to benefit the Meagan McCain Memorial Scholarship fund. Mesalands is pleased to announce that Jessa Paddock was the winner of the  Penny Wars and was named the 2016 favorite cowgirl! A total of $71 was raised. An exhibit of a drinking under the influence (DUI) accident vehicle was also on display in front of Building A.

The major event of the week was the Maze of Life that was held in the North American Wind Research and Training Center Bay. The Maze of Life had various booths to inform students about making healthy choices. There were approximately 400 attendees to the event, including students from the following high schools: Floyd, San Jon, and Tucumcari. This event was co-sponsored with the Quay County Health Council.

A 3-on-3 Basketball Tournament and Free Throw Contest was held at the Tucumcari Elementary School Gymnasium. There were a total of 12 teams that participated. The team “Detox” won the 3-on- Basketball Tournament, team members (left to right): Shawn Martinez, Clinton Marquez, Alyssa Martinez, Mark Preciadio. Paul Garcia was the winner of the Free-Throw Contest. He sank five of the 10 shots with the “drunk vision” goggles.

The week ended with a free Movie Night at the Odeon Theater. 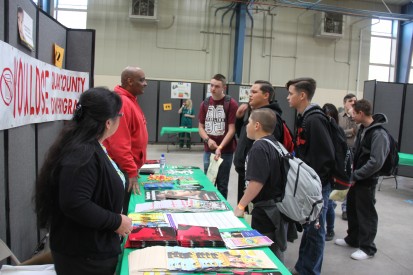 Students from Tucumcari High School learn more about the consequences of drinking while driving at the Maze of Life. 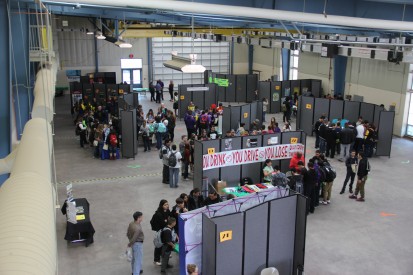 There were approximately 400 attendees to the Maze of Life, which was held in the Wind Center Bay. 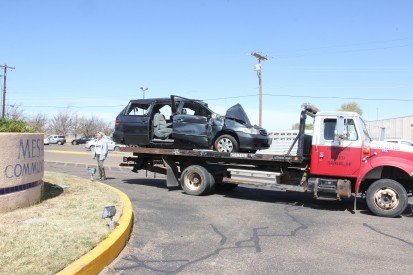 The DUI vehicle was on display during Student Safety Week. 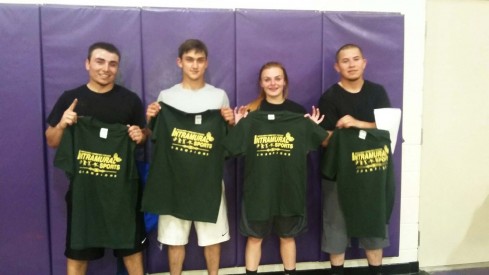