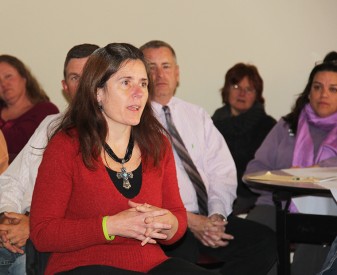 Mesalands Community College recently celebrated ‘Student Safety and Appreciation Week’ to encourage students to be safe and make positive choices during Spring Break and in their lives. During this week, the College honored former rodeo team member, Meagan McCain, who lost her life in a DWI related accident in 2009. Meagan’s story was shared in order to remind students about the impact their decisions can have on others.

Mesalands held numerous events throughout the week. On Monday, Donna McCain gave an emotional speech on DWI awareness and talked about Meagan’s life.

On Tuesday, the College held a “Mocktail” contest, which was a contest to see who could make the tastiest alcohol-free cocktails. Later that day, a concert by active Army Veterans was held at the College’s outdoor common’s area. The Epic Proportions Concert Tour featured Gabe Kubanda and Corrin Campbell.

Paul Bell, from the Tucumcari Police Department gave a presentation regarding DWI Awareness.

On Wednesday, the College had a free movie night for students at the Odeon Theater.

On Friday, the College served root beer floats and announced the week-long contest winner of Penny Wars. Penny Wars was an activity held to raise money for the Meagan McCain Memorial Scholarship fund. Edmiles Harvey won the Penny Wars contest and was named the Mesalands Stampede Favorite Cowboy. Over $500 was collected from the Penny Wars activity and was donated to the scholarship fund. 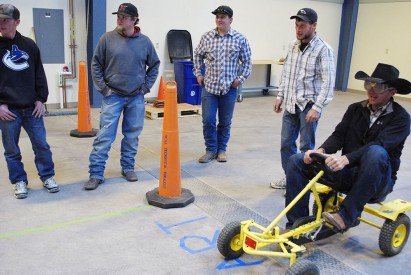 Also throughout the week, a wrecked car depicting a DUI accident was on display and students signed a pledge agreeing to make positive choices during Spring Break.

“It’s so important that Mesalands had this event to bring awareness about the dangers of alcohol,” Donna McCain said. “I just think people make better decisions, when they have the knowledge about the consequences of their actions.”