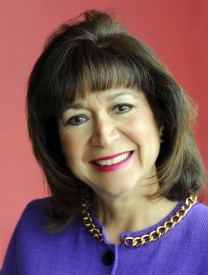 Mesalands Community College is pleased to announce that Dr. Barbara Damron, Cabinet Secretary for the New Mexico Higher Education Department (NMHED), will deliver the 2016 commencement speech at this year’s graduation ceremony. Ashlee Bradley, Mesalands graduate and Dual Student at Tucumcari High School, has been selected as the student speaker at graduation.

As Cabinet Secretary for the NMHED, Dr. Barbara Damron oversees the State’s 28 public institutions of higher education, the four tribal colleges, and the over 150 private and proprietary post-secondary institutions. Dr. Damron also chairs the New Mexico Education Trust Board and is a Commissioner of Western Interstate Commission for Higher Education. She has received over 25 State, national, and international awards for her accomplishments.

Dr. Damron has over 30 years of experience as an executive, healthcare provider, scientist, and educator. Previously, she served on the professional staff for the United States Senate Committee on Health, Education, Labor, and Pensions in Washington, D.C. She most recently was an Associate Professor at the University of New Mexico.

Commencement student speaker Ashlee Bradley, has been taking college classes at Mesalands since she was a sophomore at Tucumcari High School. Bradley is one of three dual students from Tucumcari High School, that will be graduating this year with associate’s degrees from Mesalands. This is the first time at Mesalands that dual students will be obtaining associate’s degrees from Mesalands, prior to graduating from high school. Bradley will be receiving an Associate’s Degree in Liberal Arts and two occupational certificates in the following: Certified Nursing Assistant (CNA) and Phlebotomy from Mesalands.

Earlier this year, Bradley was also selected for the 2016 All-State New Mexico Academic Team. For this achievement, she received a full-tuition scholarship for up to four consecutive semesters at a participating New Mexico public university or college. Bradley will be graduating from Tucumcari High School later this month. She plans to become a sports medicine and orthopedic physician and surgeon.

Mesalands will hold their 2016 commencement ceremony on Friday, May 13, 2016 at 6 pm at the Tucumcari Convention Center.