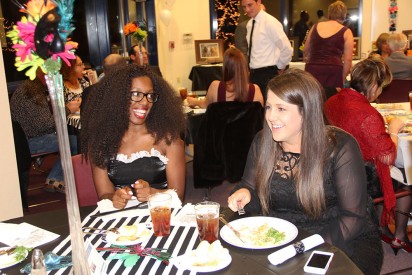 (Right) Kayton Abbott, Mesalands Community College Foundation Coordinator, socializes with one of the actresses playing the role of a maid, during the ‘Murder at the Masquerade’ fundraiser.

The Murder Mystery Company performed three different acts at the ‘Murder at the Masquerade’ fundraiser. The production was interactive, funny, and exciting for the attendees. There was also a live and silent auction that took place throughout the event. 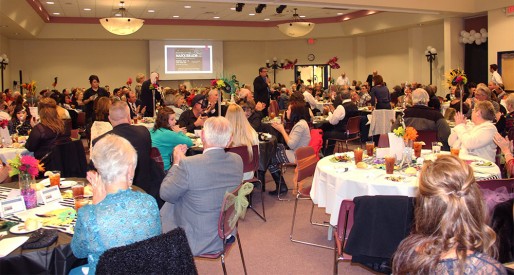