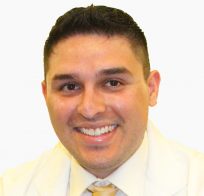 Mesalands Community College is pleased to announce that accomplished alumnus Dr. Victor “Matthew” Pacheco of Tucumcari, will deliver the commencement address at this year’s graduation ceremony.

Dr. Pacheco was born and raised in Tucumcari. He attended Tucumcari Public Schools. While in high school, Dr. Pacheco attended Mesalands Community College as a Dual Enrollment Student and completed over 40 credit hours. He graduated from Tucumcari High School in 2011. Three years later, he graduated Summa Cum Laude with a Bachelor’s of Science degree in Biology from Eastern New Mexico University in Portales, NM. Dr. Pacheco then transferred to the College of Dental Medicine at Midwestern University in Glendale, AZ, to pursue his life-long dream of becoming a dentist. This dream became a reality when he graduated with a Doctor of Medicine in Dentistry (DMD) degree.

Dr. Pacheco then accomplished another one of his goals; to return to northeastern New Mexico as a practicing dentist. He wanted to share his love for his community with his young family. He and his wife, Desirae, have a five-month-old little boy named Nathan Diego.

Dr. Pacheco has been very vocal about how Mesalands Community College has contributed to his success. He will now have the opportunity to share his path to achievement with the 2019, graduates and their families.

Mesalands Community College will have their commencement ceremony on Friday, May 3, 2019, at 6 pm at the Tucumcari High School Auditorium.